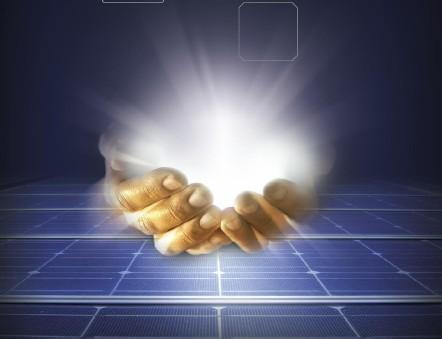 NO.1 Yunnan Tianda Photovoltaic Technology Co., Ltd. has been reorganized into a subsidiary of China Huagong Industry Group Xinhuaguang. Yunnan Tianda Photovoltaic Technology Co., Ltd. is one of the earliest and largest professional companies in China for solar cell manufacturing, design, sales and installation. In 1978, it began to develop and produce monocrystalline silicon solar cells. In the past 30 years, tens of thousands of high-quality solar cell power stations (systems) have been installed in China, and are used throughout China. They are widely used in civil, commercial, and industrial fields to promote the use of solar energy in China and improve the environment. Made a positive contribution.

Tianda uses Yunnan's high-quality photovoltaic resources to develop the photovoltaic industry and has a wealth of experience.

NO.2 Zhongdian 48 Institute, the full name of the 48th Institute of China Electronics Technology Group Corporation, is part of the China Electronics Technology Group Corporation. China Electric Power is one of the earliest groups involved in the photovoltaic industry, with 48, 18, 2, 45, and 36 subsidiaries all involved in the photovoltaic industry. Among them, 18 are the authoritative organizations for testing and testing of domestic photovoltaic products, and 48 are the authoritative R&D and production organizations for domestic photovoltaic equipment.

Tianwei has strong capabilities in the photovoltaic field. The world's top 500 new energy companies. The company has 1.5GW of production capacity.

NO.4 China Enfi, is affiliated to China Metallurgical Group. China Enfi Engineering Institute is a national Class A design institute, especially in the field of non-ferrous metal design. China ENFI focuses on both ends of the industrial chain in the photovoltaic industry. The front end is made of silicon materials. Its controlling Luoyang China Silicon High-tech Co., Ltd. is the top three in the domestic silicon industry and has independent intellectual property rights; the end is the investment, development and operation of photovoltaic power plants. This stage is owned by Enfi.

Enfi currently operates more than 30MW of power stations and its project reserves exceed 500MW. In the field of power station construction, a tracking system was independently designed and successfully used with Zhongwei Photovoltaic Power Station project in Ningxia.

Electronic information group has occupied almost half of the photovoltaic industry in Shaanxi Province and has invested heavily. It has a full industrial chain of silicon materials, silicon wafers, batteries, components, system integration, and inverter production.

NO.7 Ningxia Yinxing Polysilicon Co., Ltd. is directly under the Ningxia Power Generation Group, and its subsidiary Silver Star Energy is a listed company. Relying on the strong advantages of Ningxia Power Generation Group in the power industry, Yinxing has developed rapidly in the field of photovoltaics. Ningxia Yinxing Polysilicon adopts a physical smelting method that is different from other companies and successfully overcomes the difficulties and possesses relevant intellectual property rights. The company conscientiously implements the scientific development concept and implements the solar energy industry development strategy and solar energy level of the group company, including â€œtwo endsâ€ (that is, polysilicon raw materials are produced entirely by themselves, does not depend on imports, and ultimately builds solar photovoltaic power stations themselves and does not depend entirely on foreign markets). Polysilicon product positioning.

NO.9 Dongfang Electric Group (Yixing) Magee New Energy Co., Ltd. belongs to Dongfang Electric Group. Focus on the production of single crystal 156. Oriental Magee is located in Jiangsu Yixing Economic Development Zone. Construction started in September 2008 and trial production was made in September 2009. The first 60MW solar cell production line entered volume production in January 2010. The company implemented a phased construction project. The first phase of the project was completed in 2010, and the second phase of the project was fully put into operation in October 2011. After its completion, Oriental Magee has reached a production capacity of 480 MW of solar cells and a moderate and high-level module production scale. Products through TUV \ CE \ CB \ Golden Sun certification.

Built-in storage battery and charger, equipped with the function of over-charge and over-discharge protection and capacity display. It is used as working power supply for lightings, communications, laptops, and special instruments of emergency working, field working, press interviews, special vehicles and other fields.