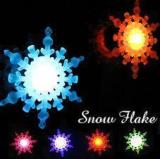 Through research, entrepreneurs have also generally realized that there are some deep-rooted reasons behind the difficulties and problems faced by LED companies.

First, the lack of LED core technology has resulted in a weak industrial competitiveness.

Some experts from the Shenzhen LED Industry Association and the Pudong New Area Optoelectronics Industry Association of Shanghai pointed out that foreign companies represented by Japanâ€™s Nichia Chemical and Toyota Synthesizer, the USâ€™s Cree, and the â€œFive Giantsâ€ of Europeâ€™s Philips and Osram, The company holds the core technology and owns most of the core patented technologies of LED epitaxial wafers, chip manufacturing, and blue and white light, and has established a rigorous patented technology network in the world through mutual authorization and cooperation.

According to the "LED Industry Patent Situation Analysis Report" issued jointly by the Guangdong Provincial Intellectual Property Office and the Guangdong Provincial Information Industry Department, Japan accounts for 27.9% of the world's patent-related LED applications, and China accounts for only 9.34%. Relevant investigations also showed that packaging is the main R&D and application field in China. The number of patent applications accounted for 39% of the total, followed by application technology, epitaxial technology, chip technology, white light technology, and substrate technology. Related patents mainly concern the preparation of LEDs. Method and equipment.

In general, most of China's LED companies do not have the core technology and have a large gap with their foreign counterparts. During the investigation, according to experts from the Shenzhen LED Industry Federation, due to the lack of core patents in domestic companies and the increasing influence of companies in the international market, they began to encounter patent technical barriers, and Shenzhen enterprises started earlier, more than other regions in China. As early as the patent litigation, in recent years, three companies in Shenzhen have been litigated by major Japanese and Asian companies.

At the same time, entrepreneurs also believe that, on the one hand, the products manufactured by more than 4,000 companies in the LED downstream application industry are basically the same, that is, using the same materials, the same control system, sold to the same market and customers, can not be differentiated It will inevitably lead to fierce price competition in terminal application products. On the other hand, in the LED industry, especially in the LED downstream application industry, many companies operate in a workshop style. They only engage in simple assembly work and then use relationship to run orders. Therefore, it is easy to fall when the market is rapidly changing.

Second, the inadequacy of national standards, norms, and inspection systems has made it difficult to cultivate effective market demands.

During the investigation, all parties reported that after years of development, China's LED industry has become a big country with LED production and application. However, because the LED industry lacks national standards recognized by the industry, the detection system has not yet been established, which not only causes the cohabitation of enterprises in the LED industry. , Which also led to the quality of LED products are uneven, with untrue advertising and other unfair competition, the emergence of the current disorderly competition in the LED industry and intensified.

Entrepreneurs report that because the LED industry does not have a national standard, it is totally based on customer standards. Some customers prefer to use poor quality LED products rather than good quality due to their low service life requirements and increased profits. LED terminal products, so the company will do high-end LED products may be affected, it will lead to the market "bad money to expel good money" phenomenon, because the low-end products can easily get the project through low prices.

At the same time, because the country did not provide uniform and necessary testing items and links, it also led to uneven quality of LED products, low-price competitive marketing phenomenon is very serious, and product quality qualification rate is relatively low. Some entrepreneurs also believe that technical standards and regulations are also necessary from the micromanagement perspective of the company. On the one hand, there are few standards related to the LED industry at home and abroad, and very few involve the main components, technical processes and key performance of the LED industry, and the standards for the detection methods of the corresponding indicators are also scarce. For this reason, enterprises have to produce more and more specifications of products, and some companies only manage more than 600 types of lamps, leading to more and more production lines out of control. On the other hand, at present, the OEM industry in the LED industry is widespread, and some companies will only aggravate product non-conformity because they lack the ability to effectively control the foundries with technical standards and specifications.

In September 2012, the Guangdong Provincial Bureau of Quality Supervision conducted random inspections of self-ballasted LED lamps produced by 21 companies in 7 cities including Guangzhou, Shenzhen, Zhuhai, Foshan, Zhongshan, Huizhou and Dongguan. The sampling results showed that they were spot checking. Of the 23 batches of self-ballasted LEDs, 17 failed to pass the inspection, and the failure rate was as high as 73.9%. Entrepreneurs generally believe that the LED lighting industry in China frequently suffers from quality problems such as low qualification rate of product spot checks, and one of the major sources is the lack of standards in the domestic LED lighting industry. If the product quality cannot be guaranteed, it will inevitably seriously affect the reputation of LED products, cause consumers to doubt the quality of LED products, affect consumer confidence in LED products, and exacerbate the difficulty of market development.

In contrast to the delay in the development of the national standard, foreign companies have taken the lead in the development of LED standards. Osram, Philips, Panasonic, Toshiba and other international lighting giants established the "ZHAGA Alliance" in early 2010. The alliance is mainly to standardize the product standards of LED optical engines, covering the physical dimensions, optics, electrical, light distribution, cooling and other major aspects. Standards help prevent the market differentiation of light engines that are not compatible with each other. In the end, it is possible to achieve mutual compatibility, interchangeability, and replacement of products between different manufacturers in the ZHAGA Alliance.

At the same time, industry experts and entrepreneurs generally believe that the development of China's LED industry must rely on the guidance of national standards such as product standards and energy efficiency standards. With a unified national standard, whether or not mandatory testing and certification is required, at least knowing what to check and where to go for certification will help resolve industry chaos. The introduction and implementation of national standards and testing systems not only contribute to the improvement of LED product quality and service life, but also help LED companies with heavy quality and heavy brands to expand their market share, and are more conducive to LED with technological strength and channel strength. The enterprise is bigger and stronger and the technology upgrade of the LED industry.